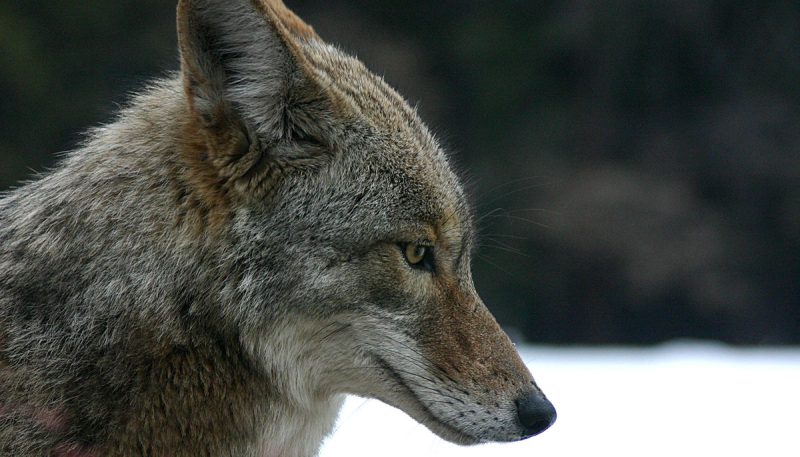 Guarding Your Livestock from Predators

With winter weather upon us and spring “birthing season” just around the corner, your livestock’s vulnerability to predators is of special concern. Coyotes, dogs, and to an extent bobcat, foxes, and in some areas even wolves, can pose a deadly risk to your livestock.

How do you protect your livestock from predation?  In the past, there have been many methods used to control predator population, like trapping, poisoning and shooting.  New information is coming forward to suggest that despite our best attempts, controlling predator population through lethal means may lead to more predation.

How could killing predators lead to an increase in predation?  The notion seems to defy common sense! It turns out there’s plenty of factors to consider and they deserve investigation.

We know that when pack animals such as coyotes are killed, the social structure of their packs breaks down. Female coyotes become more likely to breed and their pups are more likely to survive, so their numbers may actually increase.

Research by USDA also supports this idea of increased predation where lethal controls are used. As it turns out, wolf predation rates for sheep producers on public grazing lands in Idaho follows the predicted trend. Predation was 3.5 times higher in zones where lethal control was used than in adjacent areas where nonlethal methods were used.

All this information begs the question: “What non-lethal methods are available to me – and which one makes the most sense for my situation”?

The tradition answer has been the use of livestock guard dogs.  Guard dogs may be used to protect a wide variety of stock against all predators. They also become protective of the farm and family.

Livestock guard dogs do however offer a few disadvantages. They’re expensive because they’re slow to mature and train. They require socialization and supervision, and as dogs love digging, they’ll need good fencing.

Many livestock owners are turning to a surprising new use for an old  familiar farm animal – the lowly donkey.  Donkeys are increasingly being used as guardians for livestock and are proving their value and usefulness.

Donkeys are naturally aggressive to canines like dogs, coyotes and fox, and this behavior will extend to the safety of your livestock. While donkeys are not purposefully protective of stock, they are, most likely, reacting to a threat in their territory.  It’s even been observed that the smaller pasture mates may come to see the larger donkey as protection and will gather near it if they perceive a threat.

Donkeys can be a trusted long-term investment, with lives of thirty years or more. They are also relatively inexpensive, although experienced guard donkeys will cost more. They will generally exhibit a calm temperament and pose little threat to neighbors or farm visitors. Unlike dogs, donkeys don’t roam, dig, or bark.

As it turns out, donkeys aren’t the only alternatives to guard dogs. Many livestock owners are also using alpacas and llamas as guardian animals for livestock.

Whether you’re planning to introduce a guardian donkey, alpaca or llama into your flock, don’t forget their water needs.  Drinking Post automatic livestock waterers will keep your livestock and their guardians hydrated and healthy with year-round, frost-free, fresh-flowing water.

We’d love to share the benefits and advantages of a Drinking Post automatic livestock waterer. Let us introduce ourselves today at: https://dpwaterer.com/automatic-waterer-guide/