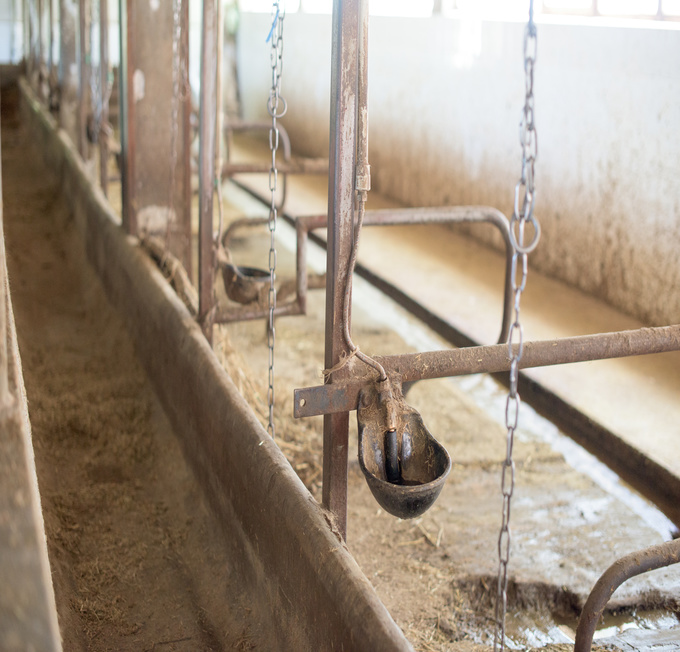 “Necessity is the mother of invention”. We’ve all heard that quote, but for one young Iowa farm boy – William Louden – “invention” became the answer to his unique challenges and later proved to be the impetus for a successful barn and stable equipment company.

Indeed, the same principles of simplicity and practicality used by Louden are employed by Drinking Post waterers. From it’s single bowl, to its frost-free operation and on-demand delivery of limitless 50-degree water, the Drinking Post waterer owes its functionality in a great part to Mr. Louden’s inventive mind.

What inspired Louden’s prolific interest in creating farm equipment? What was his “necessity” that lead to so many inventions?

As a young man, William Louden nearly died from inflammatory rheumatism.  That debilitating disease also served to keep young William from engaging in farm labor. Instead, he applied his inventive genius to devising ways to make farm work easier.

After watching others pitch hay by hand, Louden created what he called a hay carrier – a means of moving hay into the barn using a system of pulleys, rope, and a trolley. It was the first device of its kind to be patented in the United States.

In 1889 Louden expanded into several types of barn and stable products, such as door hangers, automatic waterers and manure handling equipment. Louden worked hard to establish an international market, with sales in Scotland, France, and Russia. When William Louden died in 1931 at the age of 90, the company still held 118 patents!

Here at Drinking Post we follow Louden’s example of simple, practical design and function. To operate the Drinking Post Waterer, an animal simply presses on the paddle inside the bowl and fills it with water.  When they are done drinking, the paddle is released, and the remaining water drains down through the interior of the automatic waterer and into a drain field place below the Drinking Post.

With the Drinking Post automatic waterer, you can eliminate 100% of your electric bill currently used to heat livestock water troughs. As a bonus, you’ll eliminate the potential for electric shock and barn fires due to faulty or damaged wiring.

Best of all – the Drinking Post can serve as an automatic horse waterer, an automatic cattle waterer, pig waterer, goat waterer, sheep waterer or alpaca waterer.  Say goodbye to the old horse trough or cattle trough.  Safe, reliable self-watering is now available, thanks to Drinking Post’s unique design…and thanks to the inspiration of one young Iowa farm boy – Mr. William Louden and his inventive mind.

Now that you know our inspiration, follow this link to be inspired by your new Drinking Post automatic waterer.  https://dpwaterer.com/automatic-waterer-guide